Before working with me, one of my clients had given up on networking.

She knows relationship-building is essential if she wants to progress. She likes getting to know people. But she is tired of feeling excluded and judged for being the only one in the room who doesn’t drink alcohol.

When I asked her to tell me about a recent networking experience that had gone wrong, she talked at length about her pre-event anxiety. She told me how judged she felt. She said nobody wanted her to be there. She was sure no one wanted to talk to her.

How do you know? I asked, during our Coaching session, expecting her to describe something that had happened in the room.

Well, she said. I don’t know what people were actually thinking.

No one actually said or did anything.

It’s just that whenever I go to an event where I know there’ll be alcohol, I get stuck in my own head.

Getting stuck in your own head is a form of Overthinking and is one of the secret signs of Imposter Syndrome. It’s all the worrying, stressing and assuming that stops you performing to your potential and sets you up to fail before you’ve fully tried. 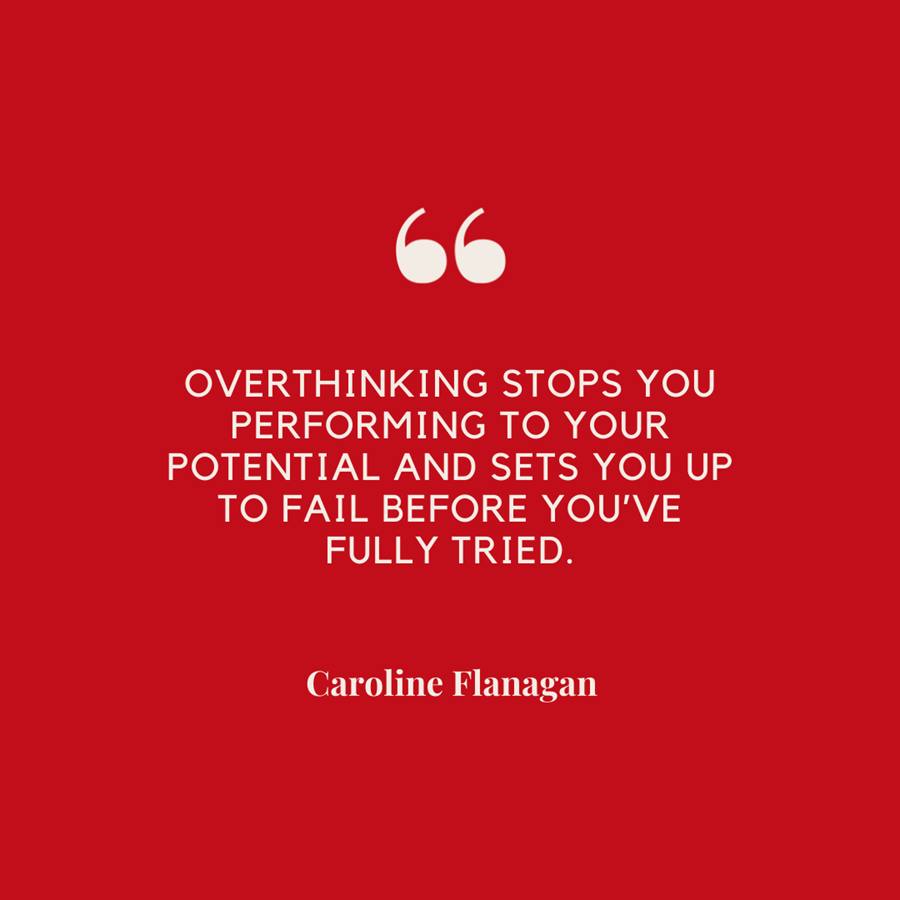 My client thought she needed a solution to the impossible problem of being a non-drinker at boozy networking events. All she actually needed was my Blink-of-an-eye Attention Redirection strategy – the quick and easy strategy I teach in Imposter Syndrome Coaching so you can stop Overthinking.

Now my client is happily networking again. She knows how to get out of her own head before every networking event and keep her attention on what is happening in the room, the person in front of her and the aspects of networking she enjoys.

To learn more about getting out of your own head and the Blink-of-an-eye Attention Redirection strategy I teach in Imposter Syndrome Coaching, listen to this week’s episode of the podcast: Episode #139 Get Out of Your Own Head.

P.S. The next enrolment for Imposter Syndrome Coaching, the career progression coaching programme for lawyers with Imposter Syndrome, opens on September 12th.  To ensure you don’t miss the details, join the waitlist here:

The blog and the podcast are packed with practical advice, but the fastest way to real results is through action. If you are a lawyer with imposter syndrome, join Imposter Syndrome Coaching.